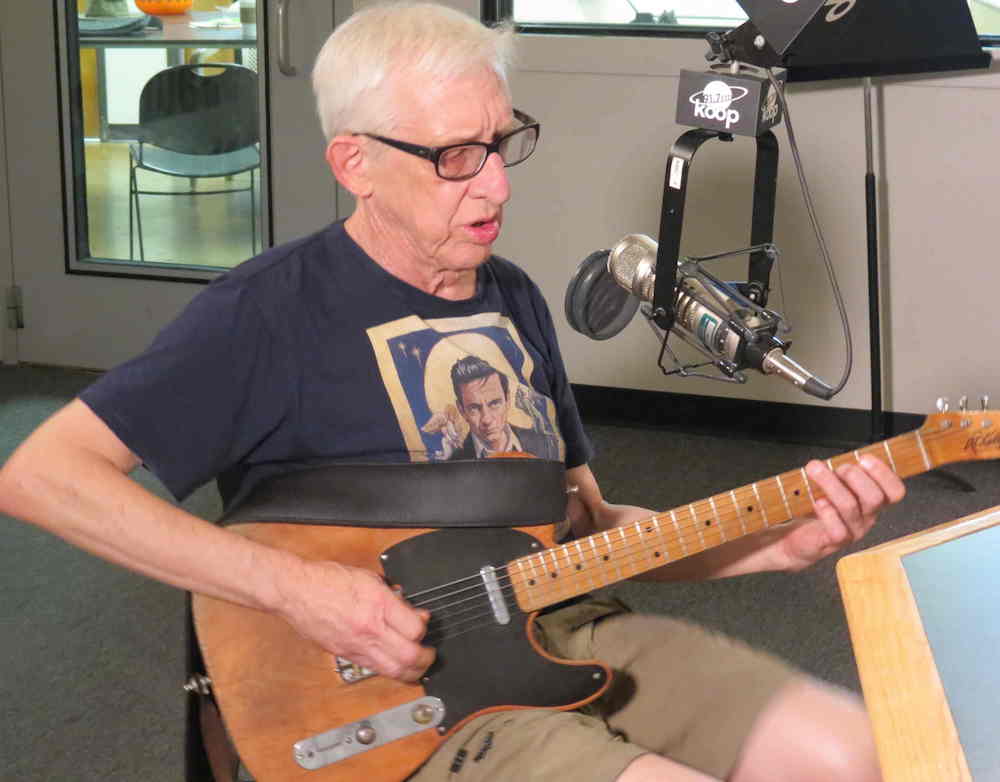 Bill Kirchen co-founded the original "Americana" band, Commander Cody and his Lost Planet Airmen. His Telecaster licks drove their hit "Hot Rod Lincoln" into the Top 10 in 1972. In 2001, Kirchen received a Grammy nomination for his instrumental "Poultry in Motion." The following year he was inducted into the Washington Area Music Association Hall of Fame, neatly sandwiched between John Phillip Sousa and Dave Grohl.

His latest CD "Transatlanticana" cracked the Americana Top 10 in 2016

He has released 10 CDs on his own, and recorded and/or played guitar live with a who's who of Americana and Roots Rock 'N' Roll, among them Gene Vincent, Link Wray, Bo Diddley, Hazel Dickens, Doug Sahm, Hoyt Axton, Emmylou Harris, Maria Muldaur, Dan Hicks, Nick Lowe, and Elvis Costello. Bill may be the only person to have, in a single year, stood on stage and played with both Ralph Stanley and Elvis Costello.

Kirchen was previously our guest on Rag Radio on February 17, 2012.

Photo above: Roy Casagranda in the KOOP studios in Austin, May 25, 2018. Photo by Roger Baker / Rag Radio. Rag Radio is produced in the studios of KOOP 91.7-FM, an all-volunteer, cooperatively-run, solar powered community radio station in Austin, Texas, in association with The Rag Blog and the New Journalism Project, a Texas 501(c)(3) nonprofit. It is streamed live on the Internet at KOOP.org and Radio Free America. The host and producer of Rag Radio, Thorne Dreyer, is a prominent Austin-based activist and writer who was a pioneer of the ’60s underground press movement. The show’s engineer and co-producer is Tracey Schulz and the staff photographer is Roger Baker; Suzy Shelor is Rag Radio associate; Alice Embree is frequent guest host; and Glenn Smith is our political analyst. The syndicated show is broadcast (and streamed) live Fridays, 2-3 p.m. Central) on KOOP, and is later rebroadcast and streamed on WFTE-FM in Mt. Cobb and Scranton, PA., on Houston Pacifica's KPFT HD-3 90.1, by KKRN, 88.5-FM in Round Mountain, CA, and at WALHRadio.com in Wilmington, OH -- and as a featured podcast at Veterans Today. Learn more about Rag Radio here.